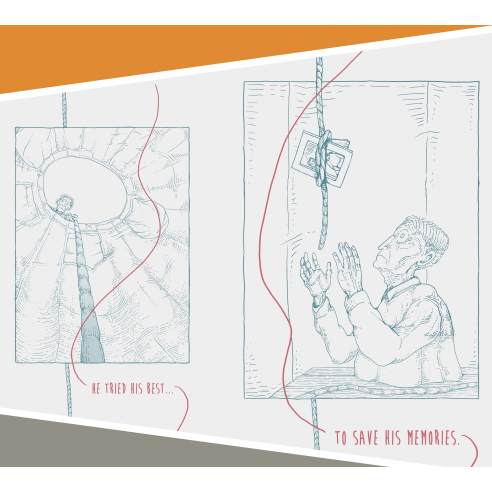 Workshop: Approaching the Practices of Reading Comics: Perspectives from Phenomenology and Interface Studies

Participants are kindly asked to register with bjoern.hochschild@fu-berlin.de or lukas.wilde@uni-tuebingen.de

How do readers engage with comics as texts, as material objects, as complex visual surfaces, or as structured experiences? The workshop „Approaching the Practices of Reading Comics“ would like to outline and discuss a ‚poiesis‘ of comics reading. With a different focus than the many narratological, formalistic, or semiotic approaches to comics and comics scholarship, two theoretical
perspectives are put in relation to each other and to the medium: a potential‚ comic book phenomenology,‘ as well as the theoretical and analytical considerations of recent interface studies. Together, these approaches might conceptualize comic reading as an experience with and in relation to deliberately designed surfaces and a distribution of agency between artists and readers, facilitated by material and technological affordances. From this perspective, we would like to analyse and theorize comics in relation to readers’ experiences of time, space, and motion.

Differently from the moving images of film and related ‚real-time media,’ aspects such as the actual order, speed, and duration of reading a comic are traditionally controllable by the individual recipient. This poses particular challenges for a reception aesthetics of comics, further complicated in digital comics. In digital works, autonomous movement and interactive affordances are either taken as a demarcation to ‚other media’ such as online games and animated motion comics (closer to film than to comics), or these aspects can become part of the design of a given digital comic themselves. Particular processes of subjectivisation can be reconstructed from the distributions of mediated agency. The resulting aesthetic options—in digital as well as in analogue spaces—have rarely been explored in any detail. The first day of the workshop is thus dedicated to an exploration of a phenomenological conception of intersubjectivity while the second day focusses on media theoretical interface studies. 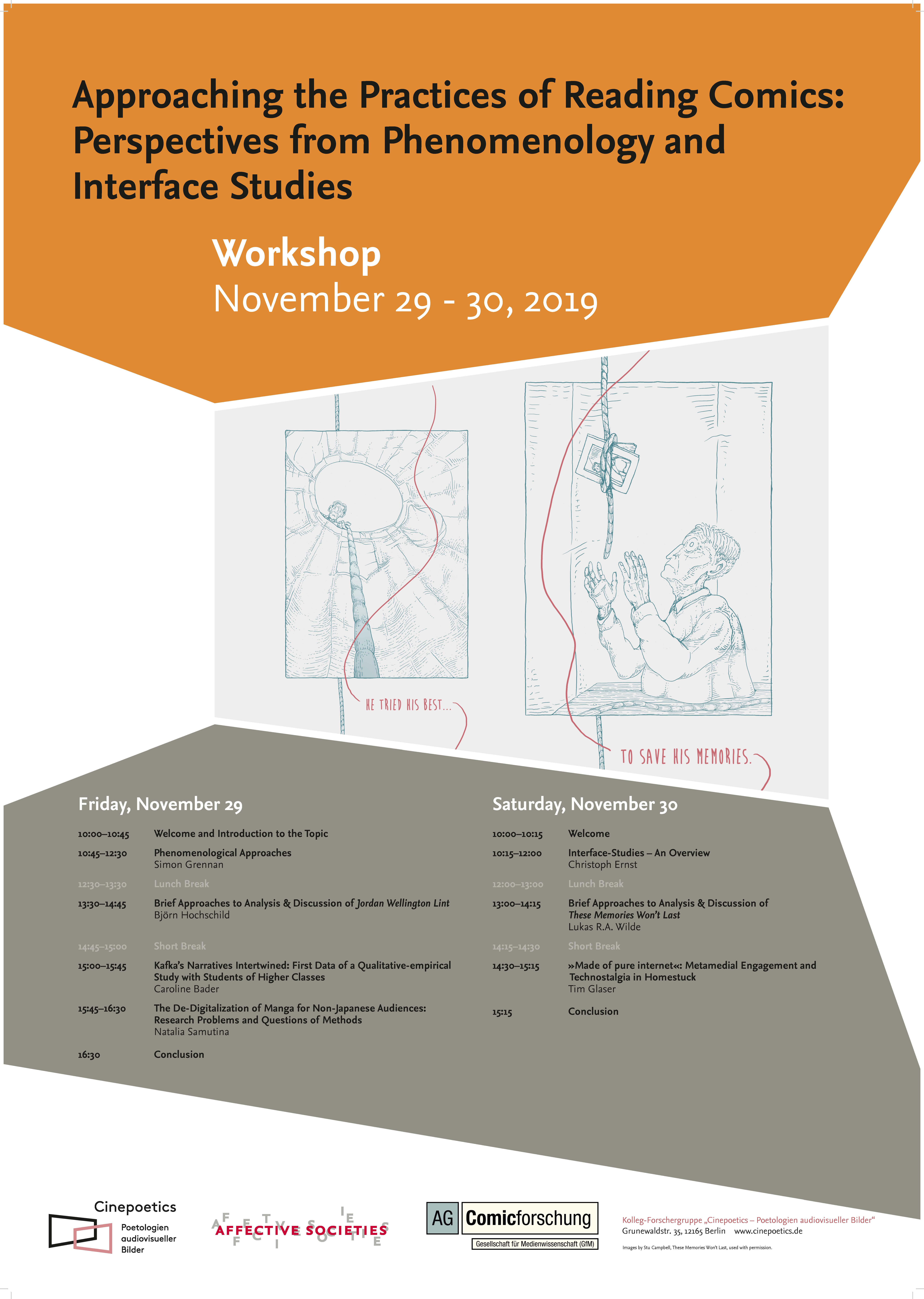 Workshop of Cinepoetics – Center for Advanced Film Studies and the Committee for Comics Studies
(AG Comicforschung) of the German Society for Media Studies (GfM)
http://www.cinepoetics.fu-berlin.de/en/index.html