In his groundbreaking book Understanding Media. The Extensions of Men (2009 [1964]) Marshall McLuhan refers to cartoons as a form of “low definition” (24) that is characterised by the provision of “little visual information” (24). Consequently, cartoons – or the “world of sequence” (13) – as he writes just a few pages earlier – can be defined as cool media, i.e. as media that are “high in participation or completion by the audience” (25). In this view, cool media do not only allow for more participation and engagement than hot media, but they also tend to be more including (25).

Taking McLuhan’s observations on the “world of sequence” and cool media as a starting point for comics, the panel will deal with different forms and ways of addressing and engaging audiences through transmedia comics culture. In this respect, the papers presented in this panel will not only deal with questions of authorship, claims of authenticity or techniques of testimony in (digital) ‘comics journalism’ and contemporary graphic narratives, but will also approach politics of gender in the transmedial serialization of the so called ‘Brinkley Girls’ in early 20th century America as well as current tactics of audience engagement in superhero blockbuster movies based on DC and Marvel comics, showing that comics in fact do encourage their audience to engage and interact with various forms of ‘sequential storytelling’ in different media.

»Superhero Blockbusters and the Politics of Audience Engagement«

The issue of audience engagement has been discussed as a matter of viewers’ cognitive and emotional investment in television series (Askwith; Reeves et al.), as a dimension of the culturally, textually, and economically productive fan practices that occur in response to ‘cult’ properties or long-running media franchises (De Kosnik), and as an important aspect of a digital-era popular culture that increasingly depends on consumers who actively promote, share, and elaborate on commercially produced media content (Jenkins; Jenkins et al.). While the interplay between storytelling strategies and audience engagement has received some attention in this context, the question how exactly popular narrative formats manage to solicit such active consumer behavior frequently remains unanswered. To close this gap in the existing research, my paper considers the aesthetics of contemporary Hollywood’s most profitable storytelling format—the superhero blockbuster movie based on DC or Marvel Comics properties—and asks for the specific tactics, means, and devices by which this type of film encourages time-intensive media consumption practices, invites active participation in the discourses of an (increasingly professionalized) fan culture, and a inspires a wealth of discursive activity within a wider media public. Discussing the strategies of serial and transmedial storytelling at work in franchises like Disney’s ‘Marvel Cinematic Universe,’ the means by which films like Deadpool (2016) or Logan (2017) connect to online fan discourses, and the continued resonance of the superhero genre’s recurring themes, my paper argues that contemporary superhero blockbusters possess a common politics of audience engagement—i.e. a shared set of narrative, film-aesthetic, and thematic means intended to pre-structure and manage reception practices and relevant online discourses about popular culture. Ultimately, I suggest that these means are both effective and expressive of a digital-era capitalism that seeks to valorize different kinds of audience- and user activity on- and offline.

My talk will put center stage the so called Brinkley Girls, who went viral from 1907 onwards, spreading throughout the country (and abroad) in the form of drawings, advertisings, paper dolls, songs, and more. The Brinkley Girls were originally drawn by Nell Brinkley (1886-1944); they first appeared as black-and-white illustrations in the newspapers and soon became recurring protagonists in a number of nationally syndicated newspaper serials. The popularity of the Brinkley Girls endured for over thirty years – both inside the newspapers and outside of their original carrier medium. The Brinkley Girls had been reproduced and multiplied and appropriated in a variety of forms and media: They showed up in panels and illustrated stories in both newspapers and magazines; they prominently populated the theater stages across the country in the form of impersonations in the Ziegfeld Follies (by the actress Mae Murray, for example), served as name-givers for songs, and appeared in different forms of collectible ephemera and fan art. In my talk I will examine the reasons for the mass appeal and success of the Brinkley Girls, explain their implementation in the popular imagination in the first decade of the twentieth century, and will explicate their transmedial serializations. The second objective of my talk is to engage with the idea(l)s of beauty, health, femininity, and womanhood that Nell Brinkley offered to their consumers in her newspaper serials, and which were disseminated also via channels other than the original carrier medium.

»The Role of Authors to Comics Journalism«

There are several ways of approaching of what has become famous as “comics journalism”, or “journalistic comics” (Worcester 2016) in the last decade. Besides the cries of naysayers and Barthes’ influential proclamation of the “death of the author” in the 1970s, literary studies have started to return to this concept (e.g. Jannidis et al. 1999, Berensmeyer et al. 2012). That is why this paper chooses authorship and an author-centered approach as one method to analyze and interpret pieces that merge a fictional medium with factual or fact-based content. I will argue that in comics journalism, a kind of ‘journalistic pact’ between author and recipient is established that supports, but also challenges various strategies of verification and authentication, which is all the more necessary due to its journalistic claim of truth-telling. Despite pursuing questions of the role and potential functions of authoring instances in printed comics journalism, I will also look at how authorship is performed in comics journalism that goes digital and adopts features of transmedial storytelling. By drawing on selected contemporary pieces of comics journalism, such as created by Dan Archer, Patrick Chappatte, Sarah Glidden, or Kate Evans, my aim is to clarify the incorporation of an intentionally personalized stance of and by the author/s.

Factual and fact-based graphic narratives that discuss a vast number of issues ranging from childhood traumas to wartime atrocities and social injustices often evoke and incorporate the widespread and time-honoured cultural practice of testimony. Such comics are centred around characters who share their personal memories of historical events or describe experiences of violence and abuse in a subjective manner. This distinctive form of narration, which originally emerged from ancient religious and juridical contexts, has been part and parcel of the present-day documentary discourse, and has also found its way into sequential storytelling recently. Most documentary films or journalistic accounts on television and in newspaper exploit this commemorative practice in order to support their claims of authenticity and to convey a sense of immediate access to historical and social phenomena. Graphic narratives frequently appropriate the figure of witnessing in a similar way to suggest an insider’s look; however, these works also challenge the notion of testimony and scrutinize personal accounts as an unreliable source of knowledge. In my talk, I will discuss selected examples by Joe Sacco, Guy Delisle, Kitty Kahane and Nils Knoblich and examine the visual strategies by which comics reflect the ambiguous nature of such individual recollections. In my view, contemporary graphic narratives do not only adopt prevailing media strategies of framing history, but also highlight the manipulative media tactics of the post-truth era and thus encourage readers to take a critical look at forms of reporting. Consequently, I will argue that the narrative techniques of testimony are essential to understand how nonfiction comics address and engage audiences. 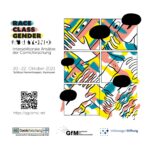